Netflix is only just only a part of my life. I know I’m obsess with the online movies and tv shows. This is just a few shows I know I hear too much about or some shows that I’ve personally love and watched over and over again.

This family of 6 has to survive in downtown Chicago with a very verbal abusive, ahcoloic father and a mother who never is around. Finona, who had to drop out of high school to support her brothers and sisters, try to keep the family in tacked while Frank, the father, tries to wheel them apart. Watch the show to see what kind of funny, drama filled, and crazy adventures the family goes on to survive.

Everyone knows Full House that use to air all the time on Nickelodeon. The kids that everyone loves and adores DJ, Stephanie, and Kimmy now live in the big house. DJ has three kids of her own and Kimmy has one. All the kid trying to get along with everyone and also DJ trying to find someone to date after her husband past away from working on the job as a fire fighter. For those people who just can’t get enough of the Tanner house residents, well this is the show for you.

Who doesn’t like drama? One Tree Hill has drama up the wazzoo. This show will keep you on your toes. Lucas and Nathan find out that they are half brothers and trust me they couldn’t stand each other when they didn’t know. Nathan loves basketball but because of Dan, the boys father. Lucas lives with his mom and didn’t really know who his father was until he was in high school. Lucas started to play basketball with Nathan but finds out if Lucas keeps playing something bad will happen. Watch the show to find out what happens.

Orange is the New Black

Ahh. OITNB everyone thinks that this show is just about some lesbians, well guess what, that’s only a part of it. Piper has to go to jail for something she did 10 years ago with an old girlfriend. Piper was always a goody-two-shoes, when he got into prism she didn’t know what to do, who to trust, and who to speak to without being beat up. Piper has more things to worry when it comes to prism. Will her fiancé be faithful? Will old memories come up? Watch to find out.

The new trend now-a-days is zombies. Have you heard of a fighting crime zombie? Well watch iZombie if you like criminal justice and zombies. Liv was your ordinary med school student until her friend made her go to this party. Her life just flipped upside down. She became a zombie. In this show, if you eat the brains from a human you get their memories. She used that skill to help solve crime with her partner, Clive.

I’m pretty sure everyone has either heard or at least seen an episode of Walking Dead. No shocker here, it’s about zombies. Rick and his family tries to survive in this apocalypse and there are many obstacles that get in the way. Do they survive?

Got a secret can you keep it? That’s right, Pretty Little Liars. Who couldn’t forget the four friends trying to find out who this mysterious “A” is. Can the girls find out who is framing them for their friend dissaperance or do the girls just take the blame because there’s no evidence telling the authorities otherwise?

100 young adults have been traveling through space for 97 years after a nuclear apocalypse. Clark is only 18 when the 100 young adults got sent back down to earth to see if it is habitable. The prisoners are the ones who are send down to earth. Do they survive or do they die one by one?

Once Upon a Time

Fairy tales have pretty much been the foundation of our childhoods but in this show all the happy endings have been stolen away. There is a book that this 10 year old is reading and he takes real life people into the stories that is a mixture of all of the fairy tales we all know by heart. Do they get the happy endings back?

Hospitals, love, passion, and edge breaking news is just the surface of what this show is about. Watch to see what all goes on, I know I will be. 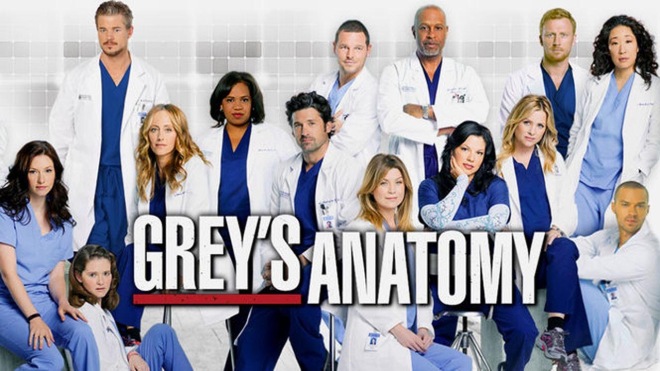 2 thoughts on “Ten Netflix Must Watch”